Sacramento, CA –  Young California voters are stepping into the fight against the recall with the F*#k No to the Recall Rally MC’d by Drag Queen and LGBTQ+ rights advocate, Lil Miss Hot Mess. The rally was planned in response to findings from a statewide youth poll conducted in partnership with Courage California, Communities for a New California, and Data for Social Good. Voter motivation and turnout will be key to the recall election; among youth voters, only 43% responded that they are interested in the recall.

The rally will focus on explaining how a recall election works and speakers will discuss what’s at stake for California families, from climate action and environmental action, workers’ rights, housing protections, COVID-19 and health justice, to criminal justice reform and voting rights.  Speakers will lead with an indigenous land acknowledgment. 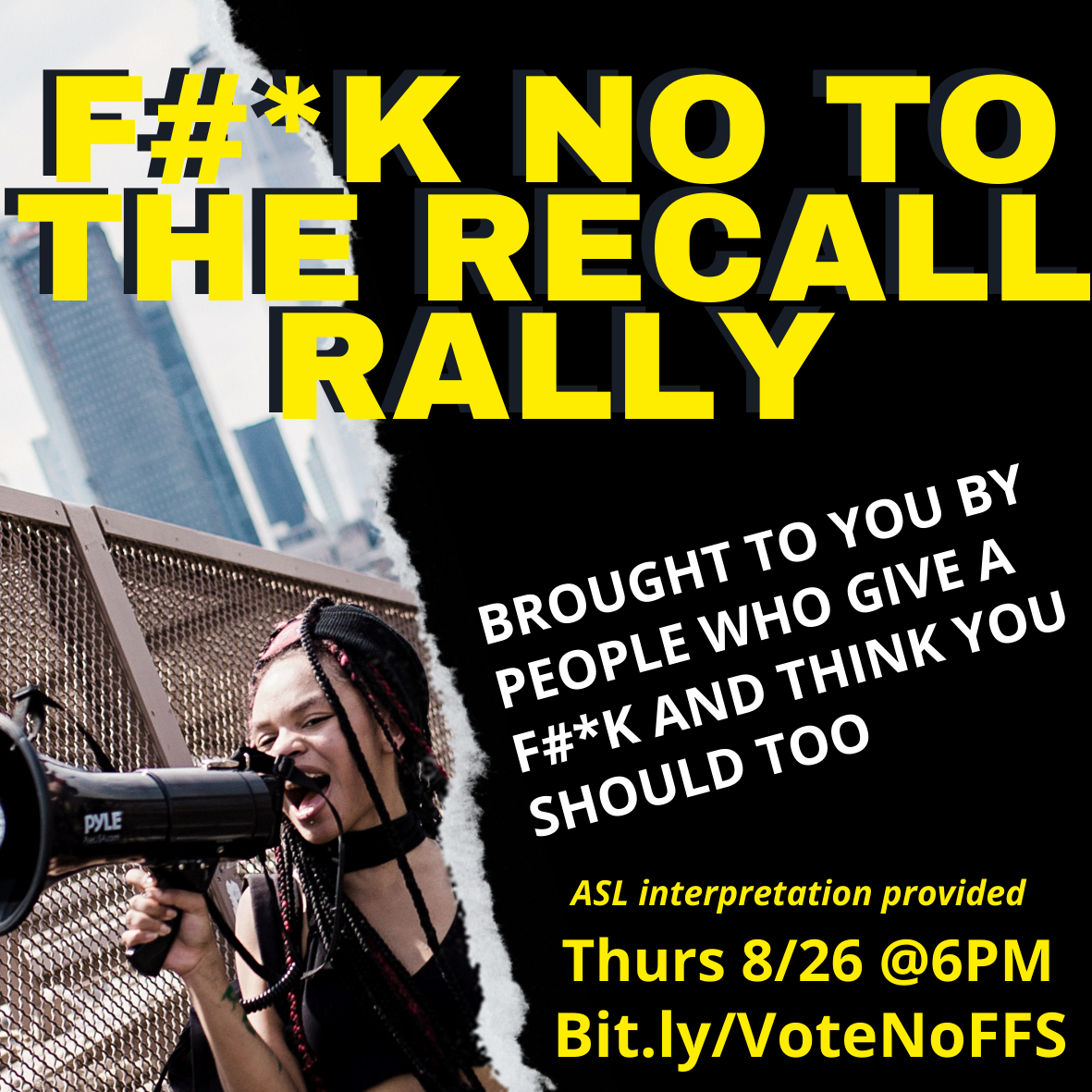 WHAT: California youth are gathering virtually to urge ‘No’ votes in the recall election to protect California families from a conservative administration

WHERE: Register for the virtual rally here: https://us02web.zoom.us/meeting/register/tZAtc-yvpjsrEtNMYXqeVnjazzBO_2xCzXFf